So you can do the things you love!

Turn back the hands of time and restore your natural beauty today!

We offer a great way to remove unwanted cellulite from your body!

Eliminate stubborn fat today without the down time!

We provide a broad scope of procedures and treatments that can help you improve how you look, and also how you feel. 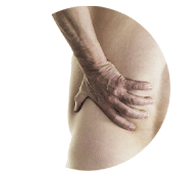 We do more than just enhance bodies, we enhance lives!

Here at Advanced Regeneration, our procedures and treatments help men and women feel more confident about how they look and feel. We offer a vast spectrum of services, from non-invasive procedures for pain to treatments for beauty and sexual health. We provide our services to clients throughout the Dallas and Fort Worth area.

Read More About Us

My name is Juan B. Three years ago, I began to lose strength and sensory perception in my right arm...

My name is Juan B. Three years ago, I began to lose strength and sensory perception in my right arm which resulted in atrophy. I was seen by a neurologist who suggested different therapies which didn’t work for me. I was unable to use my right hand and had an extreme weakness in my arm. I was referred to UT Southwestern Medical Center where I was diagnosed with Monomelic Amyotrophy. I began to lose hope that my condition will ever improve. I decided to try chiropractic services at the Wellness Institute of Dallas. The doctor suggested to incorporate a Laser Therapy at Advanced Regeneration in conjunction with chiropractic adjustments. After a few treatments, I started noticing positive changes in my hand. I was able to move computer mouse and have more control of my hand. After two months of Laser Therapy twice a week, I am able to hold a bottle of water and my condition is continuing to improve. I am thrilled with my progress and I will recommend this Laser Therapy to anyone who lost their hope and is looking for an effective treatment.
https://advancedregeneration.com/testimonials/juan-b/
I have had chronic migraines and severe sinus pressure for years. Every seasonal change, my sinuses flare up even more...

Dallas, TX
2021-05-28T09:18:36-05:00
I have had chronic migraines and severe sinus pressure for years. Every seasonal change, my sinuses flare up even more aggressively and I am prone to get at least two or three sinus infections a year. I have tried all kinds of medicine to remedy this but all seem to fall a little short. When I tried the laser therapy by Katrina, I felt better pretty instantly. I could feel my sinuses were clear and I have had way less headaches since the treatment. The process was seamless and only took about 30 mins. I would 100% recommend this therapy to alleviate sinus build-up and pressure. Thank you, Katrina and company for the innovative treatment!
https://advancedregeneration.com/testimonials/joyce-c/
Cold Laser Therapy significantly reduced my recovery for a sprained wrist from a bike fall. Each treatment increased movement and...

2021-05-26T08:42:23-05:00
Cold Laser Therapy significantly reduced my recovery for a sprained wrist from a bike fall. Each treatment increased movement and lessened the pain. Cold laser therapy also reduced pain associated with my degenerated right hip allowing me to postpone joint replacement for months.
https://advancedregeneration.com/testimonials/randy-c/
I broke my hand and was referred by a doctor for a hand surgery. I had a plate and a...

Dallas, TX
2021-05-28T09:17:58-05:00
I broke my hand and was referred by a doctor for a hand surgery. I had a plate and a screw in my hand after the surgery and was in a lot of pain. I had to return to work as soon as possible, but I was told by my surgeon I have to stay home at least 5-6 weeks. I worked in the kitchen, using my hand a lot to cut stuff, and my doctor was worried I can easily re injure my hand because my bone and soft tissue were weak. I started using laser therapy to accelerate healing, speed my recovery and reduce the pain in my hand. I was surprised that after my first laser therapy session I could see and feel the improvement. I had 6 laser sessions within 3 weeks and then, went to my surgeon for an evaluation. He was very surprised at the rate my bone and my soft tissue was healing and said that everything looks much better then he anticipated. After taking an X-ray he was able to clear me for work in 3 weeks, instead of 6. Three pictures of my hand were taken before and after the surgery, and 3 weeks later after 6 laser treatments.
https://advancedregeneration.com/testimonials/rus-r/
At our clinic we had remarkable results after using High Intensity Laser Therapy on Psoriasis. Our female patient was suffering...

2021-05-25T10:08:35-05:00
At our clinic we had remarkable results after using High Intensity Laser Therapy on Psoriasis. Our female patient was suffering from pain and extreme discomfort associated with her condition. After just 2 laser treatments, we were able to successfully treat her condition. The first picture was taken before the treatment, the second picture after her 1st treatment, and the third picture after the 2nd treatment. Pictures were taken one week apart.
https://advancedregeneration.com/testimonials/skin-condition-patient/
A year ago, I suffered a concussion which resulted in a substantial TBI. After nearly a year, I had still...

2021-05-26T08:44:01-05:00
A year ago, I suffered a concussion which resulted in a substantial TBI. After nearly a year, I had still not recovered fully – suffering from cognition issues, vestibular (balance) problems, plenty of eye dysfunction, and frequent fatigue. I had been through extensive therapy programs, diet changes, and holistic treatments which all helped in my progression through the year, but never fully healed me. Upon my first treatment with Phoenix Thera-lase at Advanced Regeneration it was immediately apparent to me that the laser was having an effect on my brain. I walked out of my first treatment feeling sharper mentally, energized and alert, and did not have that cloud of fatigue in my head. I continued treatments on my brain several times a week for several weeks. In that time, my eye tracking and pursuit dramatically improved, my overall mental fatigue was diminished, and my cognition and processing speed seemed closer to my previously normal than it had in the past. Because the laser worked so well, I continue going to Advanced Regeneration for regular treatment to include other areas of my body. After tearing my ACL and meniscus in my knee, I also had treatment for it and recently ran an ultra marathon following four weeks of laser treatment on it. For a person who has a rigorous and active lifestyle and physically demanding job like myself, Advanced Regeneration’s laser has been miraculous in healing me and providing maintenance on my body, from small aches and pains to traumatic injuries.
https://advancedregeneration.com/testimonials/patient-x/
I am a very active person who have always enjoyed vigorous physical exercise. Unfortunately, physical injuries are very common among...

Dallas, TX
2021-05-28T09:16:03-05:00
I am a very active person who have always enjoyed vigorous physical exercise. Unfortunately, physical injuries are very common among athletes. When I first found Phoenix Laser Therapy at Advanced Regeneration I was suffering from a constant pain in my elbow. I was unable to lift weights and practice yoga fully because of that nagging pain. I stared laser therapy for my elbow and after just one treatment my pain was significantly decreased. I had only 3 treatments, 30 min each, for my elbow to get fully healed. I had a large bruise on my leg that was completely gone in just two treatments and my old scars became less visible. Recently, I had a cosmetic surgery which left very prominent scars on my body. I decided to use laser on my scars to heal them faster and results were nothing short of miraculous. I stopped taking oxycodone (which is extremely harmful pain killer) after my second laser treatment because of the pain reduction. My scars improved tremendously after my third treatment, and in less than a week I was doing yoga. I have been using laser on my scars 3-4 times a week for 3 weeks and here are the pictures of my miraculous recovery. First picture was taken the next day after the surgery, a scary red scar. Second picture was taken the next day after my first laser treatment, a huge improvement with bruising, appearance of the scar and a pain level. Third picture was taken after 7 laser treatments, the scar became much less visible and the pain was completely gone. A great post-operative treatment for scars, tissue regeneration and fast healing!
https://advancedregeneration.com/testimonials/k-r/
In April of 2016 I had a snow shoeing accident. As a result I have experienced pain in my Right...

2021-05-26T08:41:30-05:00
In April of 2016 I had a snow shoeing accident. As a result I have experienced pain in my Right leg that caused me to limp. I have had X-rays and MRI and they reviled nothing. I have tried massage, acupuncture, interX therapy and got minimal results. Then I heard about HHLT at Advanced Regeneration. After 4 thirty-minute sessions I felt much less pain. After my 10th session my leg was back to normal and no more walking with the limp.
https://advancedregeneration.com/testimonials/max-h/
In 2012, I accidentally put my arm through a back door window resulting in 21 stitches. The day after, I...

Dallas, TX
2021-05-28T09:16:45-05:00
In 2012, I accidentally put my arm through a back door window resulting in 21 stitches. The day after, I went for a High Intensity laser treatment to speed the healing. I called them on the way home asking why the stitches stopped hurting. “Pain reduction is one of the results when the tissue healing is accelerated” was the answer. 7 treatments put me back on the golf course in less than two weeks playing a good game. Since then, I have used the laser treatments for shoulders, knees, and sinuses with success. A miracle in healing by any measure.
https://advancedregeneration.com/testimonials/sdm/
Read More

LATEST IN BEFORE & AFTER GALLERY 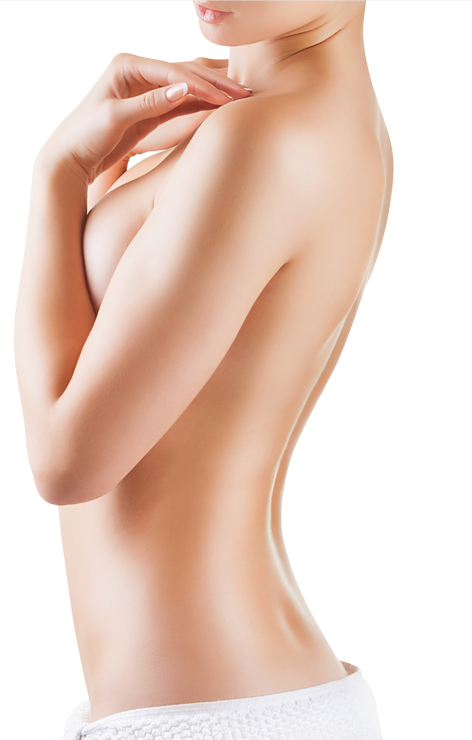 If you have any questions, or would like to request an appointment, please do not hesitate to send us a message. We usually reply within 24 hours!